Skip to content
BlockBay Capital portfolio update May 2021
by

The portfolios achieved a negatieve return of approximately -19% in May.

Bitcoin had a monthly return in May of -36%, which is one of the worst months since inception. As two of the top three holdings, Ethereum (-4%) and Cardano (+27%) ensured that the portfolio loss was reduced.

Historically, major declines for Bitcoin and cryptocurrency are not uncommon. The well-known Stock-to-Flow model also shows this. The model calculates a ratio by relating all Bitcoins in circulation (approx. 18.7 million) to the flow (new production of 6.25 Bitcoin per ~10 minutes). The model predicts a Bitcoin price of $288,000 for the next 4 years, with major movements expected in the coming period according to the model, starting the current situation similar to 2013. 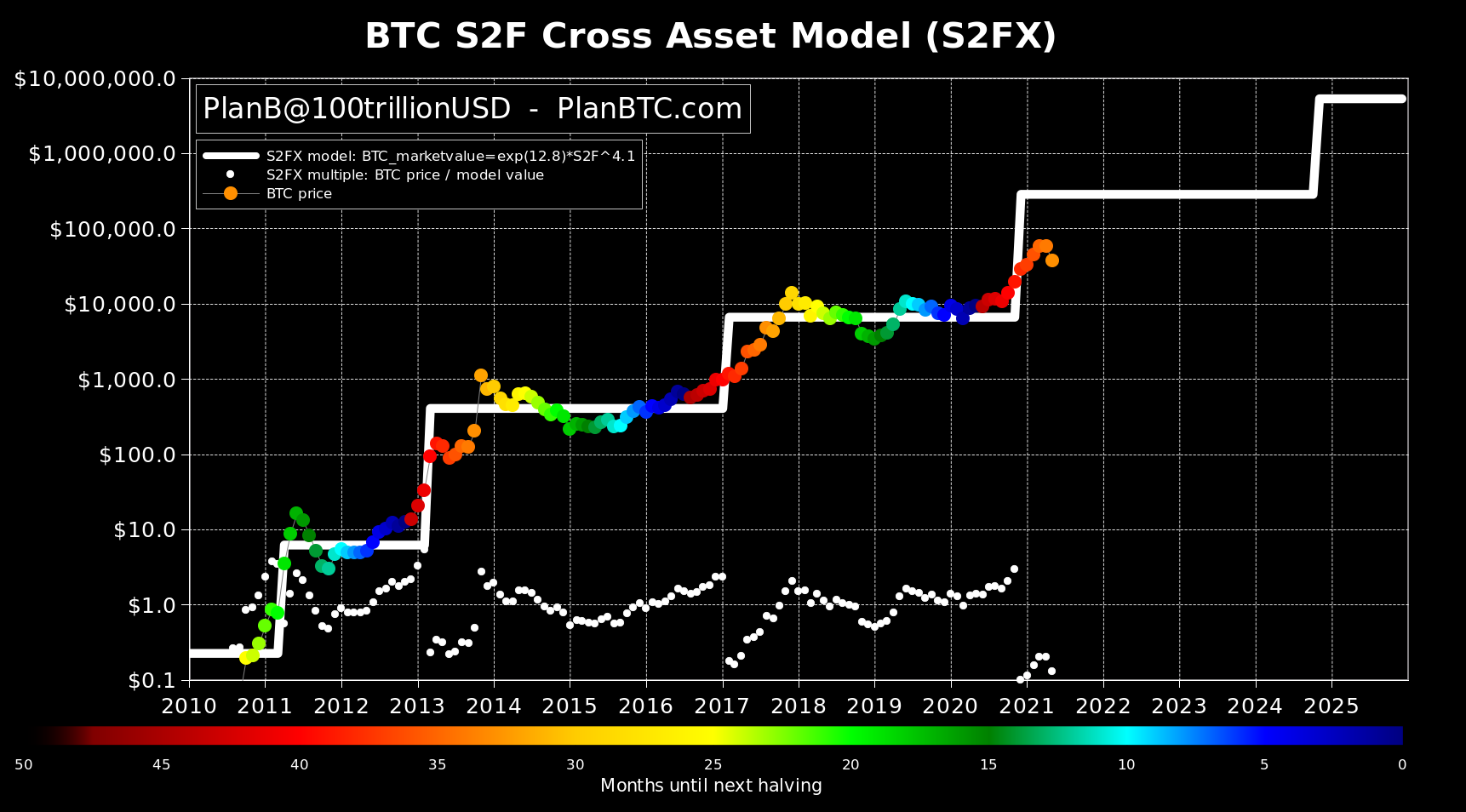 The main reasons for the decline in Bitcoin are rising and renewed concerns related to regulation and Bitcoin’s energy consumption. Both points are dynamic and will develop further in the upcoming months to years. For example, there is currently a migration of miners from China to the US and 75% of the energy consumption is already known from renewable sources. In addition, central banks are also working on digital money (via the blockchain), which would be good for protocols such as Ethereum and Cardano.